Getting into e-cycling has never been easier. Get the latest in news and information from Vamoose. 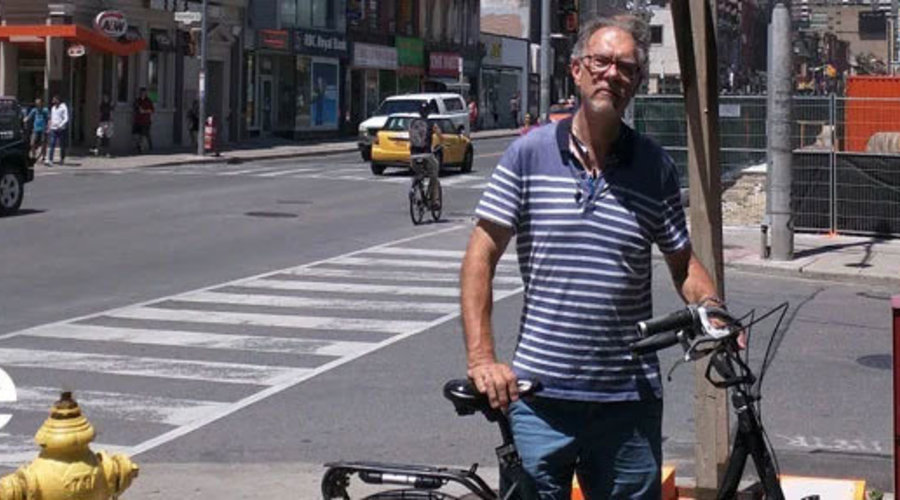 How to Find Your Stolen Bike Fast

How to Find Your Stolen Bike Fast

Ruth's Bike went missing in Toronto. Being a victim of theft is the worst, but more and more, Tile customers are getting their stolen stuff back within days in major cities. Luckily for her, she had a Tile on it.

We talk a lot about stolen bikes here at Tile.  In fact, we have some great data about how Tile is helping minimize bike theft in key cities like San Francisco.  The main reason we find more lost things than any other tracker device is because our broad Network spans over 230 countries and territories, which enables us to help our users find over 6 million things a day!

"When a tile is marked "lost", you instantly get thousands of people looking for it for you."

When Ruth's bike went missing, she hit "notify when found" in the app, and in less than 24 hours, she got a ping of where it was. Her friend Stephen decided to help her go get it.  After walking around the area for a short amount of time, the Tile proximity sensor got them closer & closer until they found the bike locked up behind a hospital in plain view. The building security guard was able to get the new owner of the bike to come out and it turns out it was sold to him at a pawn shop the day before in a clearance sale. After a quick discussion, the stolen bike was handed over with no questions asked.  This story happened in Toronto, but it's amazing to see how the Tile network is consistently finding lost things faster and faster all over the world with the help of our Network. The Full testimonial is below:

“When she realized the bike was gone, she marked it as "lost" through the Tile app on her cellphone.  When a tile is marked "lost", you instantly get thousands of people looking for it for you.  If a user connects with the lost Tile, an anonymous message is sent to the Tile owner with a time and location.

Sure enough on Monday at 10:30AM (less than a day and a half after it was reported missing) I got a message that the Tile (and therefore bike) had connected with someone at Yonge and Wellesey.  I raced up there and used the tile app map to track the bike down. Behind an OPSEU building I made a connection with the tile. It was faint- only one bar, but it had to be near, and probably in the building.

The OPSEU fellow noticed a bike lockup across the alley. It was a locked cage which was provided for Wellesey Hospital employees. 4 bars, 5 bars, 6 bars. There it was. We had found the bike. I thanked him for his help and he suggested I talk to the hospital security guard.

I called 911 and waited, expecting them to arrive in about 10 minutes.  How busy could it be on a Monday morning? I positioned my bike right by the lockup and waited, ready to pounce on anyone who tried to take that bike away.  In any case the police would be there momentarily as we all know the police take bike thefts very seriously.

After about another hour and a half, a fellow came out with the security guard. I thought it was the head of hospital security, but it was in fact the man who had Ruth's bike. He was about my age, somewhat sheepish and completely embarrassed. I realized I wouldn't have to wrestle some nasty bike thief and this would be settled amicably.

He said the day before he had been looking at bikes outside a pawn shop on Queen Street when a man walked up with Ruth's bike. He managed to get the hospital worker's attention with a good deal. He told him he was selling everything and moving to Montreal.

The bike was passed back to me right away without any need for proof, even though I had the original receipt, serial number and a police report. The worker was kicking himself for not being more suspicious. He said he did not support bike thievery in any way, but had obviously been willfully blind to the possibility that the bike was stolen. He was just happy for me to cancel the 911 call.

Thanks to Tile, Ruth's bike was back in my possession within a day and a half. As you can imagine, I can't recommend Tile highly enough. As it turns out that was $25 well spent. "